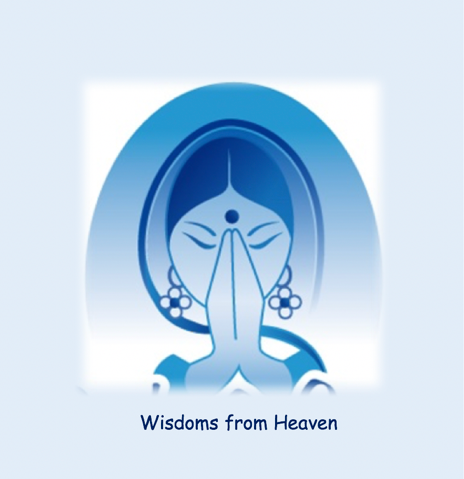 Heavenly Wisdoms describe a unique universal Reality, a consistent system of Cosmic laws and facts, which is the foundation of all that is there, both at the macro level and at the micro level, physical and transcendent.
The starting point is that there is a universal Higher or Divine Intelligence, which is at the heart of everything there is.
Everything has also come from this source.
Our soul is part of this Source.

All knowledge, that has been received by humanity from time immemorial, comes from this Source.

Heavenly Masters, highly developed Souls who once lived as human beings on Earth themselves, ensure that we as humanity always receive new knowledge.
They do this by inspiring scientists and researchers.
This way, new inventions and new scientific insights emerge time and time again.
On the spiritual spiritual level they do this through spiritually sensitive and pure people.

Thus, in the beginning of the history of mankind the simple nature religions arose.
At that time people already felt that animals and nature had their own Soul.
Later we see more of this Heavenly knowledge in ancient Eastern spiritual movements such as the Advaita Vedanta, a Hindu movement, in Buddhism and in the philosophy of ancient Egypt.

Then more than 2000 years ago, the highest Heavenly Master, Jesus Christ, came to Earth to bring the Celestial Wisdom to mankind.
Although mankind only partly understood the messages, the core was laid for new insights that only now come to awakening in our time.

In the era in which we now live, spiritual development is accelerating and we are receiving new Heavenly knowledge and insights.
Very important are the revelations that the Celestial Masters brought to Earth through the Dutchman
Jozef Rulof (1898-1952).  See: http:/www.rulof.org

–We as humans are born from the Divine Source and we are at the heart of the Divine process of evolution.
Every human soul, regardless of faith or country of birth, will sooner or later recognize its Higher or Divine origin. This Truth is hidden in every man.

-There is only one way that we must follow, and that is the way of unselfish Love for all that lives.
Therefore, listen to your mind, but also to your feelings and you will learn to recognize this.