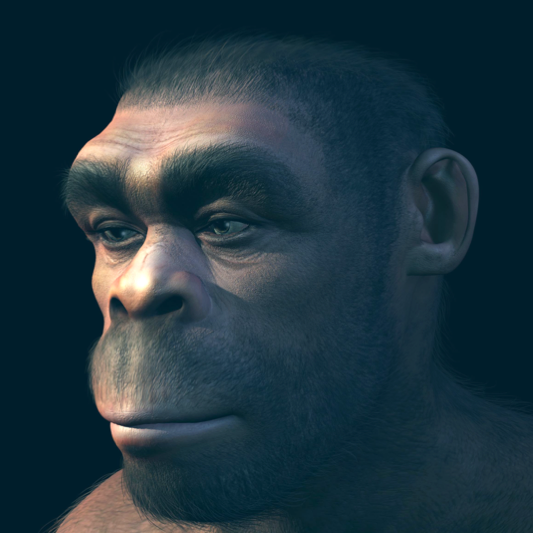 17.6 The human being developed on Mars a primitive form of feeling and instinct; the pre-animal-like consciousness

The human being on Mars was able to move forward and had to look for food to satisfy hunger.Husband and wife reproduced like animals, without understanding what they were doing. They were big powerful creatures, wild and savage. There was no language yet. What could not protect itself was finished and just eaten. Only the law of the strongest applied here. Nevertheless, through this way of life, a first primitive form of feeling and instinct developed: the so-called “pre-animal-like consciousness.”

-Alcar descended on the second cosmic degree. They had been here where those enormous pre-animal-like beings lived. ‘There, in front of you, you see man who lives here. He has the pre- animal-like consciousness.

-Here, André, as I said before, manslaughter and violence dominate, for pre-animal-like consciousness has awakened.

The Origin of the Universe p.226

-André looked at this human being; he lay down to sleep. He was entirely naked and hairy like an animal. His body was large and strong. A giant on earth was a dwarf as compared with him.

The Origin of the Universe p.229

-André saw human beings. My God, he thought, is that man? They were worse than predators. They were wild and savage, large powerful beings, and they radiated a primal strength which made him shiver. He saw hundreds of these beings together. He heard them speak, but it was not speech, it was terrible shouting.

The Origin of the Universe p.149