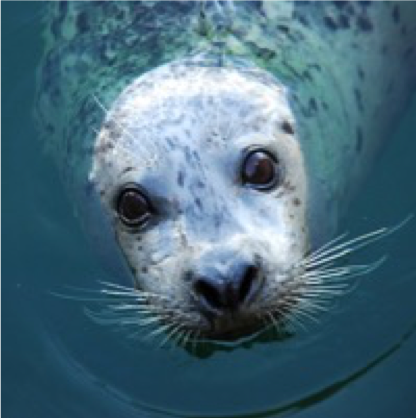 18.4 The seal has a certain degree of human feeling and thinking

The seal followed man in the waters and even has a certain degree of human feeling and thinking!
Other animals in the water, such as the sea lion and the dolphin, also closely approach man.
In the seal we also see human traits.

–I recently gave you a picture that in those types not only the ape but also in the waters your own life can still be seen.

-But you also have your sea lion and seal, which follow you in the waters and really already possess human thinking and feeling, so purely to attunement, that every independence had to give birth to, had to divide itself. And as a result of this you now have your fish to eat and to drink, but also the animal direct attunement as a fish stage of the human being.

-And then you see a seal lion and a seal, which as water life and land consciousness represent exactly one world, but different organic life.