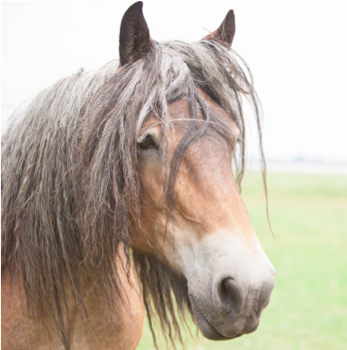 18.3 Animal life evolved into a multitude of species. The horse is the highest developed animal specie

The animal life that was born experienced the same laws of Fatherhood and Motherhood as the human cells. But unlike the human soul that has followed one physical evolutionary line and expanded its body from single cell to our current human form, animal life has split and branched into a multitude of animal species as seen on Earth. The horse is the highest developed animal specie. It is serving from nature.

-Isn’t it true, that can be experienced, seen and followed here, we had to accept those laws; from the human cell, the material self as they call that, the first human material skin, seven animal grades of life emerged and that became the animal world, and it is only then that Mother Nature began.

-But man, as I said before, followed only one way, leading towards perfection of the material organism. The animal being, however, evolved through thousands of animal species. It accepted one life, in order to enter a higher stage in the other, but remained through all those millions of years, one degree below the thinking and sensing being, which will ultimately return to God.

The Origin of the Universe p.91

-But a horse is serving with regard to every human thought, whatever it is like. A horse is the highest animal being in nature, because it does more than your cow; even if you eat your cow, and your milk, and everything. But the horse still serves, still pulls, does that, does this.