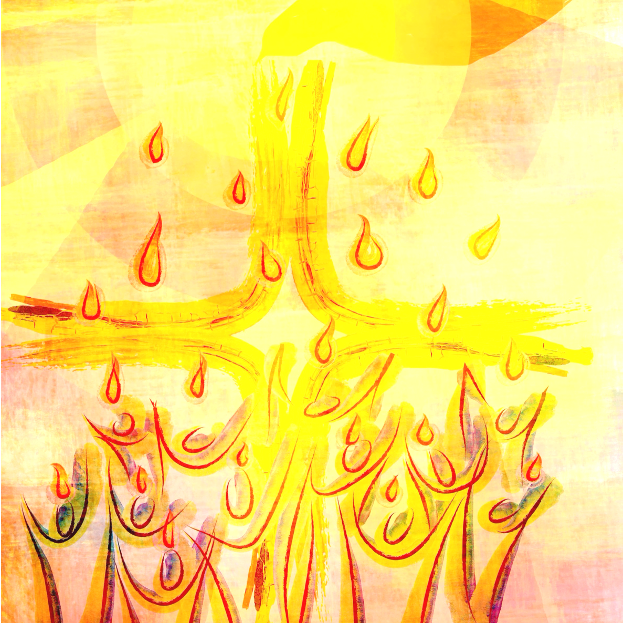 28.9 In the Temple of Happiness, twin souls move together from the Fifth to the Sixth Sphere of Light

The Temple of Happiness is the place where twin souls who have finished their development are connected to the next, the Sixth Sphere of Light.
The book “A View into the Hereafter” describes the ceremony that accompanies this transition.
The visitors are described as floating angels. All wear beautiful robes with a phosphorescent aura.
The quotes below in lesson 28.9 and in lesson 28.10 describe this fairy tale ceremony.

-What you see is the light that is radiated by the Temple of Happiness. It’s the power of life. That’s where beings are united. You will experience the ascent of some of our sisters and brothers. They will be admitted to the sixth sphere.’

André saw an immense building, made of snow-white marble. It had a very curious shape, representing a cross. From afar it looked very impressive. Alcar slowly descended, until they had reached the ground. He saw the angels that came gliding along from all directions. He saw gliding angels. On earth it was a fairy tale, but in the spirit it became reality. Magnifi- cent phosphorescent garments. All were young and beautiful, shining with a heavenly glow. Everything was alive, they all radiated light. They would remain young, for ever young.

-From afar the sound of beautiful singing reached his ears. Thousands of voices were united. He had never before heard anyone sing in such pure tones, it was as pure as their aura. The masters accompanied the singing. Above all the others he heard a heavenly beauti- ful voice, it was a clear sound.
-At last they rose to go over to the Temple of Happiness, which they all entered.

-There was no hindrance in the spirit, they were all one. Flowers in immacu- late white decorated the interior of the Temple. On an elevated pedestal he saw two beings kneeling down, dressed in snow-white garments. Their heads deeply bowed, their hands folded, as white as marble.