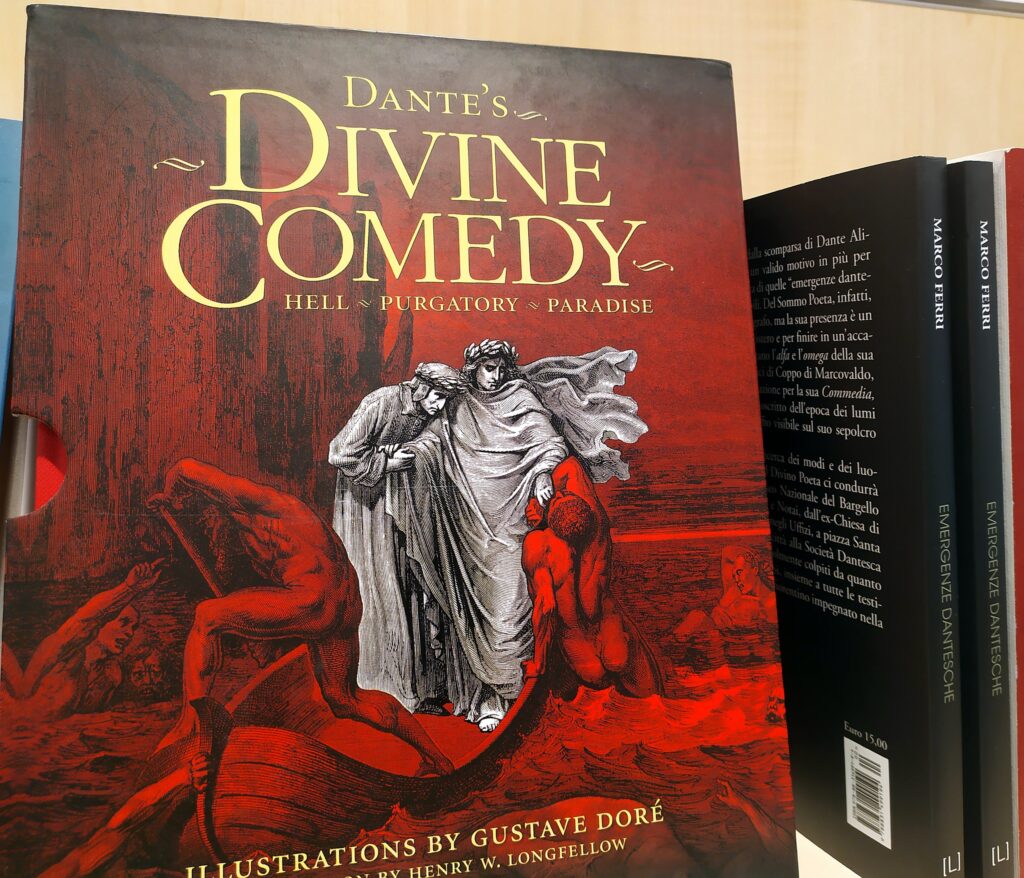 In the books of Jozef Rulof it is confirmed that Dante could actually leave his body and that he visited the hells and heavens with his guardian angel.
However, it is stated that Dante saw only a few scenes of the astral world, but nothing of the Spiritual laws as described by Jozef Rulof. For that time, however, an extraordinary revelation. Based on Dante’s descriptions, many illustrations were made depicting the heavens and hells. The book pictured, Divine Comedy (Divina Commedia), features illustrations by the artist Gustave Dore.*)

-Passion and violence, they are still not looking for anything else. I see their lives, like Dante I now experience the hells in life after death. Like Dante, I could never have imagined that I would ever experience this. I once read his description, looked at the pictures which Doré drew for them. And now I experi- ence, that much of what they depicted corresponds to the real- ity. Much, but not nearly everything. The whole reality cannot be described or depicted either, father lets me feel.

Dante visited the hells and heavens along with his guardian angel, our medium did that with my master and now I am doing it with my father. How grateful I am to God that this has been given to me. Millions of people inhabit the hells. All these beings went under as a result of their wrong deeds on earth. Here hatred lives beside hatred. Here one thief, one murderer looks for another. Their auras are demonic. I want to learn about their lives later. All degrees of evil are represented here.

Through the Grebbelini to Eternal Life p.219

*)Gustave Doré (1832-1883) made illustrations for the book
‘The Divine  Comedy’ from Dante
Foto: Illustrated edition of the DIVINE COMEDY (HELL, PARADISE AND PURGATORY) by DANTE ALIGHIERI, with drawings by GUSTAVE DORE ‘, 19th century French painter and engraver.