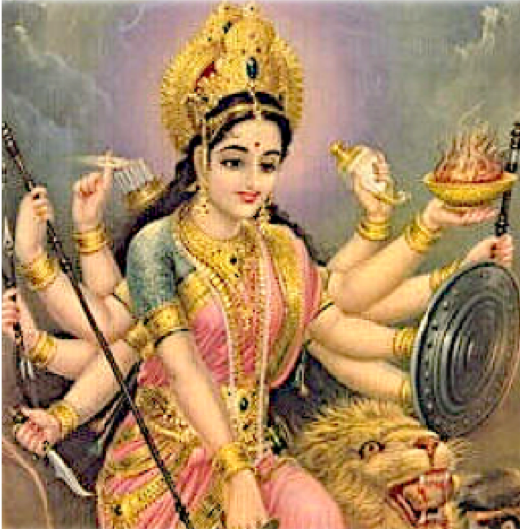 5.1 The Vedic Doctrine knows the Divine mother, Devi Mata, who is worshiped in the mantra Jaya Jaya

Heavenly wisdom describes a unique spiritual science, a coherent system of Cosmic laws and facts, which forms the basis of everything there is.
From time immemorial, mankind has received knowledge from this Source through Heavenly masters, sometimes referred to as angels.

In ancient spiritual movements such as Advaita Vedanta, a Hindu movement and in the philosophy of ancient Egypt and later in early Christianity we already see simple expressions of basic principles of this universal Spiritual Science, such as the Divine All-Mother, the Cosmic Laws of Father – and Motherhood and Reincarnation.
The Vedic principle of Atman is Brahman means that human soul is Divine.

Also in the Vedic teachings we find the All-Mother as Devi Mata,the Source of all life.
With the chanting and recitation of this mantra Devi Mata is honored:

“Honor to the Divine Mother, I bow to You”