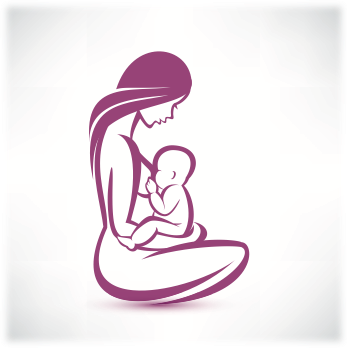 7.6 The deeper meaning of Pregnancy!

The deeper meaning of Pregnancy

At the moment the male sperm cell and the female ovum merge, a new soul is attracted, which descends into the fertilized egg-cell.
This new child, this soul has already had many lives. Before this soul was attracted, it remained in the World of the Unconscious, the world of the All-Mother. Here all information from past lives was erased from the day consciousness of that soul.
Only the character and the personality and aspects as talents that have been built up in previous lives are taken conscious to the new life.

-The Divine All-Mother went through seven stages of development before the basic forces of the Universe with a kind of big bang were born. We still see these seven phases in everything in our universe.
Also during pregnancy, the fetus in the womb goes through seven developmental stages before the baby is born.

-The evolution of man once started as a cell life in the waters. From the fish stage, the human being went further on land and eventually evolved into the physical  human being who we are now.

-In the development of the fetus in the womb, we see this evolution in abbreviated form. In nine months, we see the beginning of cell life evolving into a full-fledged human being. The place where our tail and gills have been, and also the remnants of them, we still find in the human body even now.

-Between the third and fourth month, the emotional power and the brain function of the unborn child is so developed that it can noticeably connect itself with the emotional life of the mother. This connection is very special. The mother feels the child and not only physically, but also mentally.
The mother experiences a higher spiritual strength by her own feeling power, together with the feeling power of the unborn child. Many mothers will experience this special feeling in the form of happiness, love, more feeling, more intuition.

-Also, it is possible that certain characteristics of the child during pregnancy manifest themselves in the behavior of the mother. It is interesting to examine this in yourself as a pregnant mother. Sometimes it’s about simple things like change of taste. A woman who never liked sweets can suddenly become fond of sweets.
By considering and sensing everything carefully, you as a pregnant mother can learn certain characteristics of your child before birth.

-This heightened feeling force and the fact that the mother undergoes the working of the important Divine Law of Motherhood is the basis for this.
Motherhood is therefore Holy and gives the soul of the mother an extra development opportunity.

-If the child is born, the mother may miss the child in a strange way.
What she then misses is the heightened feeling of feeling that was in her all the time that she was associated with her child.

The mantra music in this lesson: Jaya Jaya Devi Mata is related to the old Vedas and is a greeting from the All-Mother.