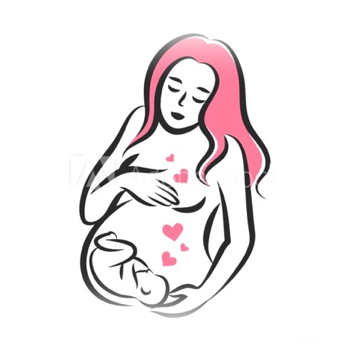 7.5 The Emotional Strength of Mother and Child are connected between de 3e and 4e month

Between the third and fourth month, the emotional power and the brain function of the unborn child is so developed that it can noticeably connect itself with the emotional life of the mother. This connection is very special. The mother feels the child and not only physically, but also mentally.
Certain characteristics of the child can manifest themselves in the behavior of the mother.

Source:
-When the mother is expectant, a link has been established with another being, a separate force of feeling. Is that clear to you? This link lasts for nine months. So she’s in a state of enhanced spiritual power due to the being she is carrying.

-When this power within her finds attunement in the spirit, the mother reaches an enhanced condition which may enable her to be clairvoyant.

-When the child is born the mother feels that something is taken away from her; she can’t determine what it is, she can’t put it into words.

-So it was the force of feeling of the being, which made her sense this feeling.

-Now I will return to the force of feeling of the being. So I want to prove that the mother who understands this great miracle and can sense the link with another being, can acquire this love within this short period of time, whereas another life may need years of struggle.

-Motherhood is the most sacred thing which God can grant a woman on earth.