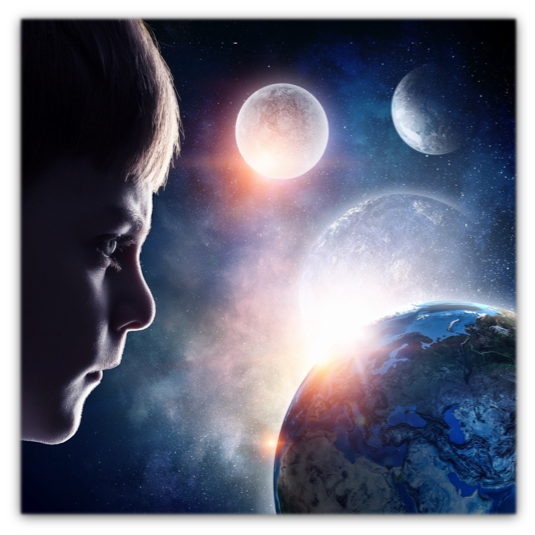 24.6 The first three Cosmic Grades of live are in our universe with the mother planets Moon, Mars and Earth

Human Soul and Cosmos must go through seven evolutionary phases before the Divine All is achieved. The first three Cosmic Grades of live are in our universe with the mother planets Moon, Mars and Earth.
The first Cosmic Degree, which received life, was the Moon.
Man has been born here in the waters as an animated cell.
The planet Mars is the core of the second Cosmic Degree.
The Earth on which we now live, is the core of the third Cosmic Degree.

-God created three following grades of life for these spaces. As main planets they are: Moon, Mars and Mother Earth.

–Believe me, André, when I say that not hundreds, but thousands of lives are necessary to fully experience the third cosmic degree, the planet earth, at cosmic attunement, as the spirit Lantos told you in ‘The Cycle of the Soul’.