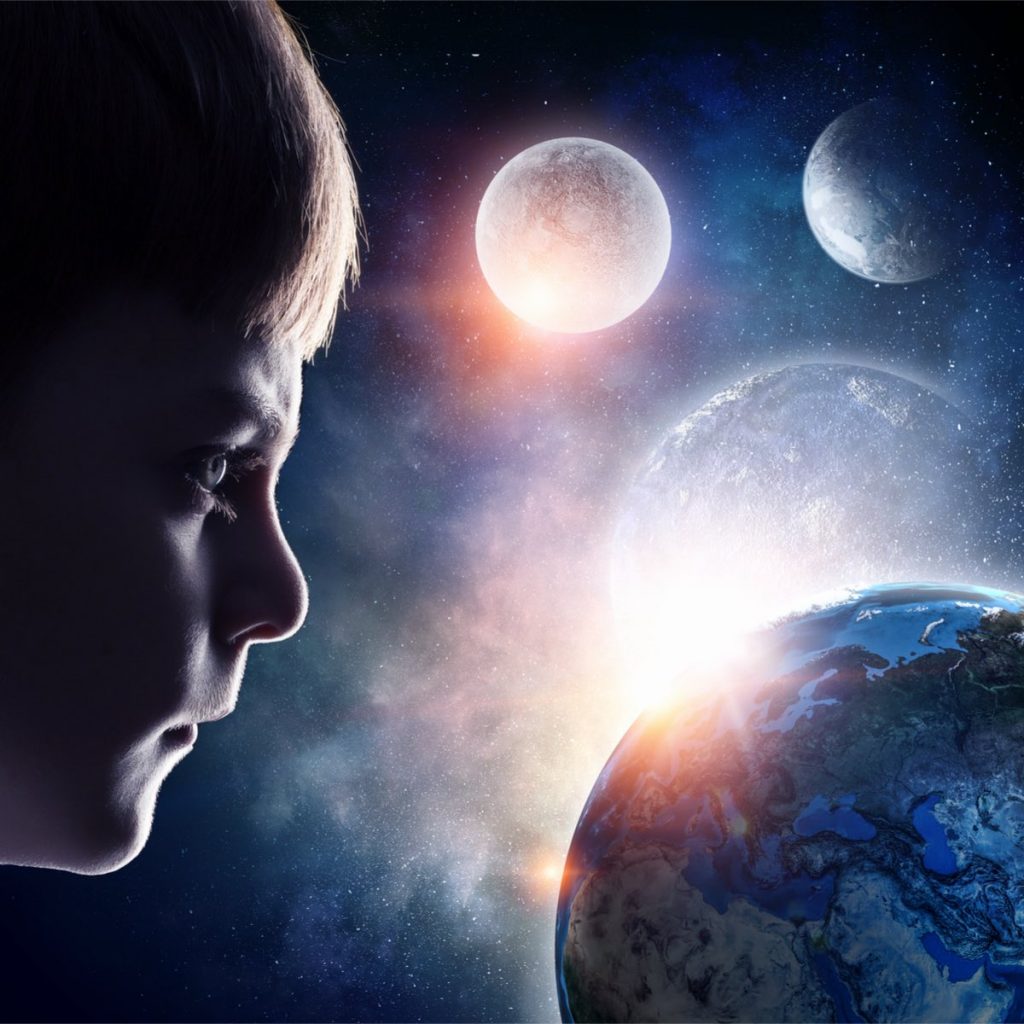 16.5 The Human Being evolves on multiple planets and achieved the mother planet Mars

On the six transition planets between Moon and Mars the soul continued to build the rural body and then reached the mother planet of the Second Cosmic Grade of Life: Mars.
Here the human life evolves again from single-celled organisms in the waters to ultimately coarsely built, still unconscious, large human beings who lived on land.
This human creature had to move to look for food to satisfy hunger. In this way this being developed feeling and instinct.
Here the human soul also developed a first form of spiritual emotional life: the pre-animal consciousness.
In the wake of humans, the animal world and nature developed in a similar way.

-We experienced six transitions and all those planets lie spread out in the universe, the origin of which you analysed in the books. We now see that the universe can experience one process and that is fatherhood and motherhood. And those laws serve, work on the human organism, we can- not experience anything else, but by means of that the soul awakens, the spirit, the inner life for all these systems.
The human process of origin now gets a form and that is the Human Being!

-The being living here has passed on to the next negotiable planet.
It has, therefore, reached its form of existence, it is already mature and is ready for a higher stage.
They are all giants. These giants also lived on earth during the earliest of times.

The Origin of the Universe p.153