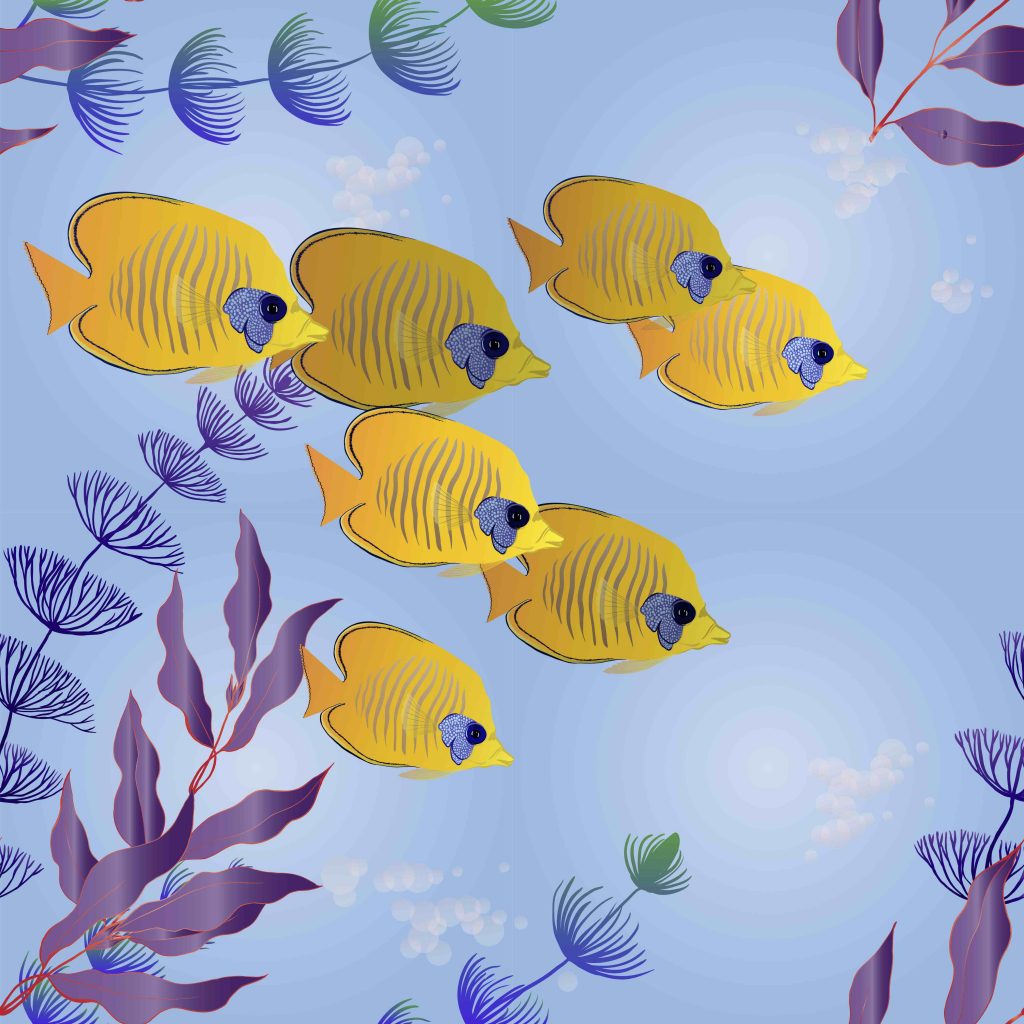 19.4 Fishes in the Spheres of Light

The fish in the waters are an independent world group, a group of feeling with material attunement. This group is also developing. The highest grade that we know here on earth is the tropical fan fish.
We see these fish in the Spheres of Light in the waters.
The fish as a group also continues to manifest itself as fish in the further development in the spheres and later on the fourth Cosmic Degree.

-The fishes in the waters will die out one day and will have experienced their space. Now you have the highest grade of the fish species, they are those fan- tailed little fish, those beautiful little fish in the East. That is the highest grade. Those you put in an aquarium, aren’t they? You can see them again on the other side in the waters. You can also experience your apple tree, your tree of paradise, you can eat your apple there in a sphere. What sphere? That exists too. But that group spirit as a lower consciousness, will dissolve completely. But the highest grade will remain. And then you get one species from every grade. So you can also experience those fish in a spiritual state.

-So that fish, those goldfish, and all those species of fish, experience their highest grade. That is a world group. That is a group of feeling, with material attunement. So the fish remains a fish. The flower remains a flower. And the animal remains an animal. And the human being remains a human being.
-So you get different existing species as an independence.
Otherwise you would not see any flowers, any nature, in the spheres. But that is there, irrevocably. And of course, if you go to the fourth cosmic grade, every- thing is different again; but you still have fish, you still have animals, flowers, trees, people, spaces, plants, light.