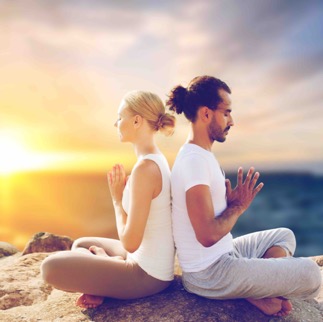 20.3 On Earth every twin soul must make up for his own karma and each one follows his own way

When the twin souls were attracted to Mother Earth in their evolution, they still lived in harmony with each other in the beginning. But as souls developed further, disharmony occurred at some point. They connected themselves with souls other than their own twin soul, committed murder after murder and thus entered human chaos. This degradation and disharmony created karma, which had to be compensated for individually by each soul. The laws of Karma and of Cause and Effect forced each soul to follow its own path of development, separate from the other.

-And if the human being now on earth had not began with disharmony – do you feel this? – then there would only have been paradise-like happi- ness in society. But from the jungle, when we started to think humanly, we interfered with another life, another grade of life, one of those millions of sparks there.

-You all live… the whole of this world, all those millions of people here on earth experienced karmic laws. You still do not have your eternal divine self walking next to you, which you still have to earn, or you would no longer be here.