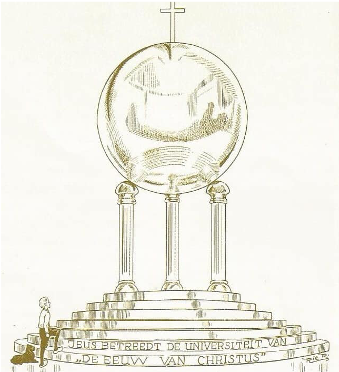 22.2 The University of Christ was founded by the the Order of Christ

The knowledge in the 27 books of Jozef Rulof together forms a coherent Spiritual Wisdom, a Spiritual Science, a Cosmology with a depth, like it had never been received before on Earth. The “University of Christ” is located in the Fourth Heavenly Sphere of Light. Which was founded by the order of Christ. The mentor is Christ Himself, who was one of the first souls who reached the All-consciousness.
The Knowledge of “Everything” that there is” and has ever been of all dimensions and Universes is present here.
However, the Wisdom, as expressed in the books of Jozef Rulof and in particular in “The Cosmologie part I to V” is only part of this very extensive Cosmology, which we as humans will ever be able to receive and experience, but for which we do not yet have the right level of evolution and consciousness.

-Know now, the ‘Age of Christ’ has begun. The University of Christ is opening her gates. The teachings of the All- Source are now coming to earth. And you, and we, will serve for that purpose.
Experience this rarefied material, my brothers, and explain the laws for the child of Mother Earth. Experience every grade of life for the soul and spirit. The laws will convince you of the All-Mother.

-That order, the University of Christ, that is the order from the seventh sphere, and that order lives in the Divine All, that is one source, one thinking, one feeling, one task, one becoming conscious, one consciousness, one motherhood, one fatherhood, everything, everything one.

-Now evil can no longer conquer good, because the University of Christ has been brought to Earth and the first Mentor is now André-Dectar! Anyone who can accept him and his teaching will get light, life and love! Anyone who wants to follow him, will enter the Spheres of Light, there is no longer any death for those people.