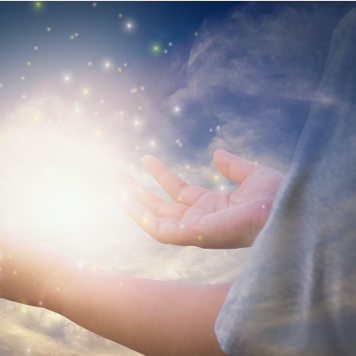 26.4 Man as creator of the dark and light spheres

At the beginning on earth, the consciousness of the soul was still attuned to hatred and passion. The souls who had completed their earthly lives therefore created an astral sphere that was darkly cold and miserable. These spiritual beings had also the capability to visit the earth and there they took possession of the material human being and indulged in it. However at a certain point they started protecting these people out of their own interest. In doing so, they discovered that doing good had the effect that their own atmosphere gradually became lighter and warmer. Man thus gradually became the creator of the light and thus the sphere was born, which we now call the Land of Twilight. Centuries later, the first sphere of ligh was created. And again centuries later we see that the first sphere passes into a higher state that will eventually become the second sphere of light. And so on. With the growth of the spiritual level, the light radiance and beauty of the spiritual organism also grew. And also the atmosphere around them  became more beautiful.

-I explained that man proceeded in his material condition on earth and awakened and this awakening meant hatred, passion and animal- ization. Every sin they committed, every mistake man made by taking the life of others, all those horrors made the astral world condense and that became hell.

-Light came around them. The good things they did and established on earth for mankind built an other world in the spirit, which became the spheres of light.

The Origin of the Universe p.258

-The inner light man had acquired radiated on others, the spiritual dwellings radiated the inner light of man and temples and buildings arose. Many brought their knowledge and happiness on earth, and one invention after the other was made. Life on earth had started and the intellectual world awakened.