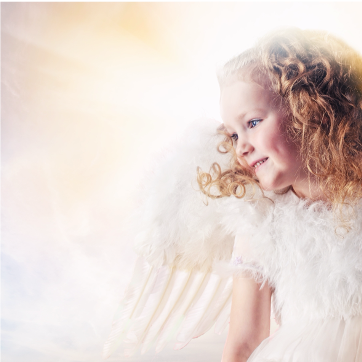 29.5 Children who pass away too early go to the angelic realms of peace and happiness

A human being of fourteen years of age or older, who is passing on earth, goes to that sphere to which that soul is spiritually attuned or to the World of the Unconscious to incarnate again. Children who have passed on from earth too early go, depending on their age, to separate child realms. These are angelic realms of peace and happiness, which lie between the third, fourth and fifth spheres of light. Here they are accompanied by love spirits, who possess true motherly love. The development and growth into adulthood does go much faster here than on Earth.

-The children live in other spheres, where the little ones find attunement, and later on, when they have reached the appropriate age they will enter into an existential condition.

The children’s spheres are situated in the higher areas, which we will visit. But others, I mean the younger beings, have reached the age of fourteen when they arrived here from the earth. Those who are younger, meaning from the age of seven up to fourteen, live in different spheres again than the even smaller beings that have left the earth. In other words: there are differ- ent conditions for the small ones, namely the connecting spheres which lie between the third, fourth and fifth sphere.

-We won’t stay in the fourth sphere, we’ll go straight on to the sphere of the angels, which is an intermediary sphere connecting the fourth and the fifth sphere. That’s where the little ones of the earth live, from the unborn baby onwards, until they reach the age of three.  -All the little ones are brought to this sphere and raised by spirits of love who possess true motherlove.

A View into the Hereafter p.345

-Perfect peace prevailed. The sky was swathed in a silvery haze, mirroring nature. Everything around was reflected in the silvery firmament. It was a mighty sight for a creature from the earth. It meant nothing but happiness to him.

-Oh, if only a saddened mother could linger here for a short moment, she would forget her sorrow.