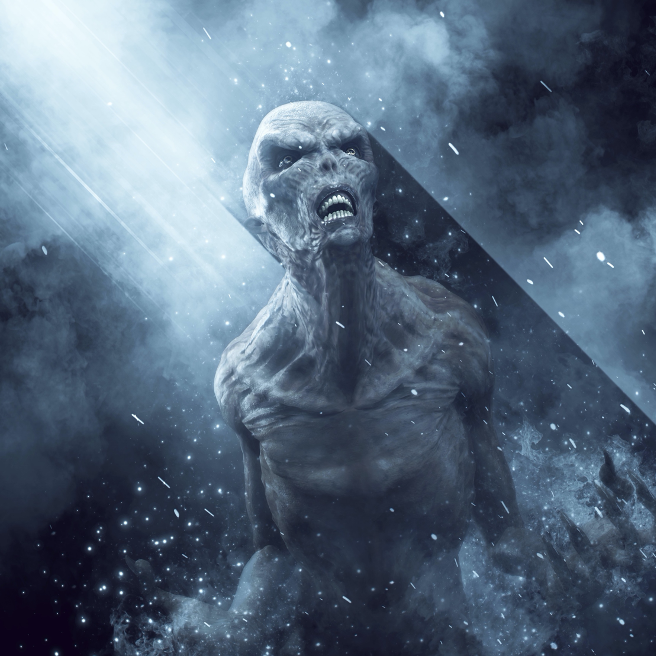 31.5 The fifth and fourth dark spheres are for souls with animal and pre-animal attument

André saw only caverns and grottoes. People lived there. Everything he saw was in a slimy condition. There were no houses or buildings here. The streets, if you could call them that, were torn up, and everywhere around he saw crevasses like deep abysses.

A View into the Hereafter p.302

-Thick masses of mud and sludge cov- ered the ground here.
-Here they lived in caverns and got their fill from their own animal-like lives.
-Hey, what was that he heard? It got louder and louder, it developed into a hurricane that made life tremble to its foundations. It was heartrending. Now it turned into an agonizing wailing in which he sensed murder and passion, as if one life was destroying another. It sickened him, he wasn’t up to so much misery.

-There’s not a spark of human feeling left in any of the beings living here. They have all turned into beasts. You hear their beastly game of passion and violence.

-André tried to penetrate the darkness. Suddenly he saw various beings crawling around. Were they human? Surely not. These were animals, thousand years old. He saw neither hands nor feet. These beings had to crawl to get along. Their human feelings had been transformed into animal-like. Yet they lived and were people of the earth. Once they had been beautiful and had felt motherlove.