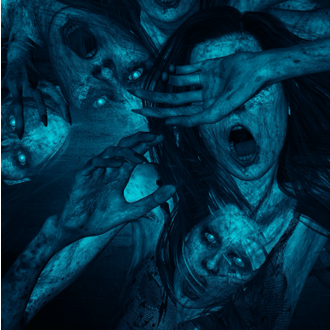 31.7 The second dark sphere is the land of creeping life

Her life on earth was a life intent on destroying people. Everything around her is death and destruction. Thrown into dungeons, as a prey for wild animals, just to satisfy herself. Hundreds obeyed her and complied with her fancies. She had people tortured to death to get her fill from their torments. The sight of blood flowing made her experience her animal-like life.

A View into the Hereafter p.306

-A mistress of evil. She passed on too, just as the many she had ordered to be killed. The image I see is horrible. Her crocodiles were fed by sacrificing hundreds of lives. This is heartrending, André. She killed a lot of women who equalled her in her beauty.
-Everywhere he looked he saw human beings who had brought nothing but sorrow and grief onto others. This truly was a valley of sorrows.

-There are those amongst us who no longer possess a body, those are disgusting monsters. The hands have become so bent and long; they are deformed. They are no longer faces, they are no longer people. The animal-like carry-on deforms itself, that is now the personality.

-And they live in the ground, and they do not know it. But we will continue. Now, sir, then you see the face changing, the human being changing, the lips changing, the arms are claws, and the legs are not there at all anymore, they have grown together; a human being has disappeared. Until we are lying like a jellyfish on the beach. Do you not know that? Isn’t it honest? The deeper we go, the more rotten it becomes in our aura. It not only starts to darken, sir, but it stinks in our aura. A human being with normal consciousness can no longer stand it in that sphere. It becomes an animal-like carry-on.