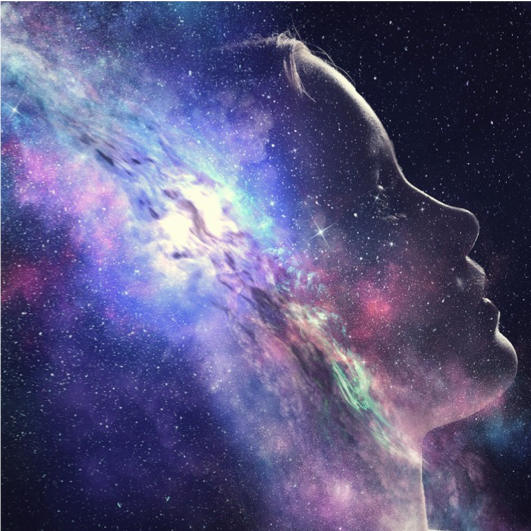 4.1 The Universe was born from the All-Mother

Billions of years ago our universe was born from the Divine All-Source by manifestation of the All-Mother. This operation manifested itself as a changing aura, divided over seven time periods. We still find these seven phases in everything that evolves.

-You see, my brothers, that the All-Source as Mother opens itself and begins with creation.

-This All-Aura will therefore fill this space and that is then the All-Maternal-Body. But by means of fatherhood and motherhood this life will condense while growing. So, the All-Source is ‘Mother’!

-I showed you that when the All-Source, the All-Mother started to manifest herself, that aura floated into space; those were seven ages, seven transitions, that aura kept on changing.

-And we now see those ages again for all the life, the existing to which you belong.
We know on earth, for example, the seven grades for the sleep, the seven ‘months’ for the child according to nature. You calculate it in months, but there are seven ages before the child is completely grown up in the mother, they are seven grades.