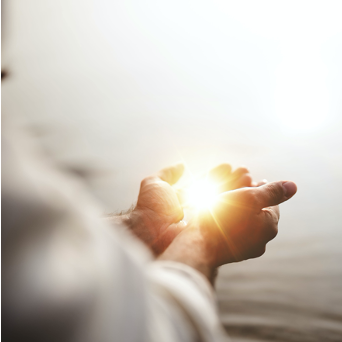 23.4 Through the power of LOVE the Soul became the creator of the Spheres of Light

The more LOVE the soul develops, the greater the LIGHT-radiance and the CREATIVE POWER.
Every soul has that potential in it, and will radiate it as soon as the personality has come to conscious service.
When man still had an animal attunement, sexual intercourse was only at the service of reproduction. Later in development, man became fond of sexual acts and the passion appeared. Man did not only experience his passion on earth, in the hereafter the personality had also reached the animal grade of feeling. Through his passion, man created dark atmospheres of passion and violence in the hereafter.
Only much later, when the Soul had developed more Love, did it become the creator of  Light. Every sense of care, protection and servant love they practiced took on a radiant glow, creating the Spheres of Light.

-‘Well then, all these beings lived all over the world and they began a higher life and their world started to change. This is the moment when the spheres of light were born and man became the creator of light.

-Light came around them. The good things they did and established on earth for mankind built an other world in the spirit, which became the spheres of light.

-Once advanced that far, man continued to serve and in doing so the spheres changed, as did his own spiritual level.
After the first, the second sphere came into being and in these spheres trees and flowers grew and bloomed; and according as man advanced, the spheres and everything living in and around him became more beautiful.
The inner light man had acquired radiated on others, the spiritual dwellings radiated the inner light of man and temples and buildings arose.